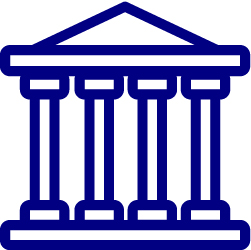 What are the origins and history of Freemasonry?

If Freemasonry legitimately intends to carefully preserve the symbolic character of rituals which make extensive use of myths and legends, some of the filiations it claims – sometimes going far back on the scale of time – have, without being able to be proven. , an important spiritual and psychological significance. They reflect a desire to be linked to a tradition that goes back to the heart of human heritage and in particular to our Western civilization.

It is undeniable that modern Freemasonry is linked to the corporations of masons and stonemasons of the Middle Ages, builders of the religious and civil buildings of the West. We know in particular that the builders of Gothic cathedrals, who claimed to be Saint-Jean, were grouped in lodges.

From the British Isles ...

It is in the British Isles that the origin and development of the Masonic Order as we know it are located, and more precisely in London, where modern or “speculative” Freemasonry – compared to that, “ operative ”, of the builders – emerged towards the end of the XVIIth century to become established in broad daylight in the first quarter of the following century.

The expression “free mason”, translated as “free mason” or “freemason”, appeared as early as 1376, but the exact meaning it had then is unknown. The “operative” masons of the Middle Ages traveled from one site to another, meeting in lodges, both workshops and places of residence, the first known mention of which dates back to 1277. They worked there under the direction of a master builder, or “master of the lodge”, and followed a long apprenticeship before becoming accomplished tradesmen, masters of their art, free of their fate, which required the communication of certain “secrets”.

In England, lodges had manuscripts of professional rules, the “Old Charges” or “Anciens Duties”, solemnly read on various occasions. They ended with the enumeration of moral and professional rules constituting a true ethics of the profession. The legendary story describes the origin and development of architecture since antediluvian times, with special mention of the Temple of Solomon.

The disappearance of large construction sites (cathedrals, abbeys, castles, etc.) and urban development reduced the role of the old operative lodges, while strangers to the profession, often cultivated, aristocrats or wealthy bourgeois, came to join, probably animated by concerns of universality and unification around broad and common ideals. This phenomenon would have shaped the face of modern Freemasonry.

The lodges gave birth to a fraternity aimed at propagating a diffuse spirituality and ethics, veiled by symbols and illustrated by legends. The mason’s tools, the very stone he worked on, became the symbolic support for metaphysical and moral reflection.

These new men injected into the framework of an institution from ancient times the moral and philosophical concerns of their time.

From this meeting was born modern Freemasonry, which officially came into being in 1717, when four London lodges came together to found the Grand Lodge of London and Westminster. Constitutions were published in 1723, signed by Dr James Anderson, Presbyterian pastor. This compilation of operative “Old Charges” affirmed the principle of religious tolerance, with respect for all faiths.

... And everywhere else in the world

Freemasonry therefore experienced rapid growth in Great Britain, in continental Europe – especially in our regions – and in America, until the definitive elaboration of the customs and rituals that we still have today and which make continuously new followers around the world, especially in the countries of Eastern Europe won by democracy.

While the rules of Freemasonry were strengthened and clarified under the preponderant influence of England, the customs in force in the Anglo-Saxon countries took hold without in any way modifying the fundamental principles of 1723: reference to the Supreme Being, fraternity of men with respect for each other’s opinions and convictions, humanism, initiatory progression, solidarity and philanthropy, openness of mind, fidelity and loyalty, respect for legitimate civil authorities, accessibility of the Order to men only, abstention from any intervention in the political and religious fields.

It was from the doubt that arose about this last principle and then its abandonment in certain countries that irregular forms of Freemasonry were born, radically deviating from the original institution and interfering in the life of the city.

The Freemasons of the early eighteenth century were aware that their members, united by a common aspiration and reciprocal affection, found themselves divided, or that at least they had divergent points of view, on the double plan. religious and political ideas.

Religious ideas first: the English lodges of 1723 included Anglicans, Catholics, Mavericks and also Deist members with no denominational ties, and they were virtually open, by virtue of their principles, to other religious groups that went. later provide them with adherents: Israelites first, then Muslims, Hindus, etc.

Political ideas then: conservative and liberal options were taking shape in society while the successive predominance of Catholics and Protestants had also given rise to a political problem.

It had from the outset been regarded as vital, so that the Masons could meet in peace in the name of all that they had in common, that all that could otherwise divide them in the profane society was held resolutely apart. lodges.

This position, voluntarily open to tolerance, unfortunately did not fail to provoke the ire of the Catholic Church, which attacked the Masonic institution on various occasions.

It is the strict refusal over the centuries to practice any religious or political debate in the lodge that has allowed the harmonious and peaceful development of traditional Freemasonry in the world.